In this article I show an absolute beginner to ROS (Robot Operating System) how to run a TurtleSim (turtle robot simulation) as quickly as possible on a Mac. The ROS tutorials are great. But I’ve noticed hobbyists get frustrated with the lengthy setup process.

To simplify the process, I’m going to use Docker and Xquartz to show you how to get a visual simulation working. Then you can go back and better appreciate what the tutorials are trying to accomplish.

How to run ROS turtlesim on a Mac:

This tutorial will be easier for you if you are comfortable with a terminal window command line and installing utilities on a Mac.

If you’ve already installed Docker for Mac, move to the next step. If not, follow the install instructions from this link:

To install Xquartz for a Mac, go to this link and download the *.dmg file:

Once Xquartz is installed you need to run it and set a security preference: 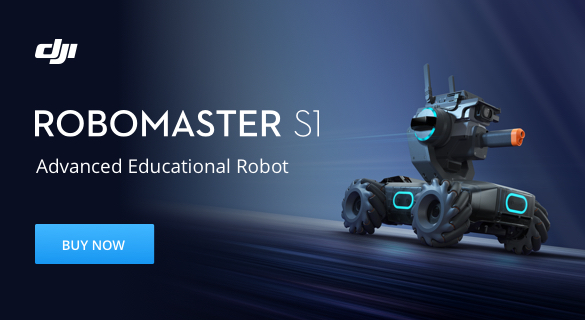 The docker images run headless, which means you need to setup Xquartz running on your Mac to display the simulation.

If you press Command-Tab you will see that Xquartz was launched by the xhost command.

Instead of struggling to get ROS running on your Mac, you can just use an official docker container image (ros).

This will pull the latest ROS docker image down to your local machine. You don’t have to do this every time.

This will now put you inside the ROS docker container where you can run commands. The DISPLAY environment variable creates a pointer to send display commands to Xquartz.

Within the container run the following to update packages and install the ROS tutorials:

The last line refers to the melodic version of ROS.

If you are familiar with pubsub, or tools like MQTT you probably understand how messaging systems work. If not, don’t worry if you don’t understand the next paragraph.

Behind the scenes roscore runs ROS Master which tracks publisher and subscriber nodes and services. Without going into too much detail for the beginner, running roscore allows nodes to send messages to one another. Without roscore running, the various nodes within ROS can’t talk to each other. So you need to leave it running in the background.

Step 6: Run turtlesim in the container

Because roscore is running in the foreground, you need to open up another window into the container to run the simulation.

You should see a list of containers. One of them should list in the last column the name given when you ran / created the last container:

This lets you run in another terminal window within the container. Notice that you are using the name you gave the container (my-ros). That helps docker figure out which container you are referring to.

From within the container run the following:

If Xquartz is setup properly, you should see an Xwindow running turtlesim pop up.

If not, see the troubleshooting guide near the end of this article. Or make sure it isn’t hiding behind another window.

Step 7: Control the turtle with the keyboard

Because you now have two services running in the foreground (roscore, turtlesim), you need to open up yet another window to run the keyboard controller.

I work for a company that makes AMRs (autonomous mobile robots). They assist warehouse and even grocery store employees in managing products. The robots are driven through ROS. If you think you might like to work for a robotics company, it is a technology that you should familiarize yourself with. Even as a hobbyist, you can be assured that the technology is being actively worked on and maintained by a large open source community.

In this article I showed you how to quickly get started running a ROS turtle robot simulation on your Mac. By giving you something visual to grasp on to, I hope it made ROS a little less confusing. Hopefully with a new found appreciation for the basics of how ROS works, the tutorials will be easier to comprehend.

Below I’ve added some cleanup, troubleshooting guides and links to help you with any issues that might come up

Here are some cleanup instructions which will help you remove test files or reset your environment to start over.

You can recreate it later by running the docker run command again.

If you would also like to remove the docker ros image:

Here are some common problems that you may run into.

Could not connect to any X display

If you see this error:

See the step about setting the client connections preferences for Xquartz. You may need to start this tutorial over to get it to work.

After rebooting your machine you may see this when trying to use the container again. See the section below on the restarting sequence to make sure Xquartz can communicate with the container.

The docker run command is giving you an error

If you try to run this command, but get an error that is because the container has already been created.

It’s not very intuitive, but docker run is used to create new containers. So if you try to run it again, you get an error because you are actually trying to create a container that already exists.

Try running this command to reconnect to the existing container:

If you get an error like this, then the container already exists. But is not running:

Then you can run the exec command again:

Xquartz can lose its connection to the container. In that case, you have to restart things in a certain sequence to get it to work again.

Now you should be able to restart roscore:

In a new terminal window:

In a new terminal window:

Mitch Allen has worked for software companies in Silicon Valley, along Boston’s Route 128 and in New York’s Silicon Alley. He currently works for a robotics company in Massachusetts.

Raspberry Pi Resource Guide
How to blink an ESP32 onboard LED (Mac, 7 Steps)